Home
Not Recommended
MMM Global BTC Review – Can You Trust A Fraudster?

Someone posted a link to MMM Global BTC on my Facebook wall, so I went to have a look and what I found was a little disturbing. I thought MMM Global had stopped operating but this doesn’t seem to be the case. They’re still going strong and offering incredible returns with their latest scheme.

In my review, we will look at the history of MMM, their owner and you will see why I think you should stay away from this program.

The original MMM company was formed in 1989 by Sergei Mavrodi, his brother Vyacheslav Mavrodi, and Olga Melnikova. The company name was made up from the first letter of the 3 founders surnames.

Originally the company was involved in importing goods into Russia but they met with financial difficulties and were accused of tax evasion in 1992. They morphed into a company involved in financial operations.

In 1994 MMM created a successful Ponzi scheme. It is reported that at its peak MMM was taking in 100 billion rubles (approx $50 million) per day! In July of 1994 the police closed the offices of MMM for tax evasion, they owed more than 50 billion rubles ($25 million) in taxes. Worse still they owed huge amounts to their investors, believed to be between $50 million and $1.5 billion. After losing their money at least 50 investors committed suicide.

Mavrodi managed to escape prosecution by being elected to the Russian parliament “the Duma” and hence obtaining parliamentary immunity. He portrayed himself as being against the state tyranny and persecution.

In 1998 Mavrodi created a pyramid scheme called Stock Generation which ran from 1998 to 2000, many thousands fell for this scheme that offered returns of 200%. The SEC estimated that victims losses were at least $5.5 million.

Mavrodi was finally arrested in 2003 and in 2007 he was sentenced by a court in Moscow to four and a half years. He was also fined the paltry sum of 10,000 rubles ($400) As he had already spent several years in prison he was released soon after his court case.

MMM Rises From The Ashes

In 2011 Mavrodi started again, still using the name, MMM. The next Ponzi scheme was called MMM-2011 then came MMM-2012. Both these lasted a short time and were operated from Russia as Ponzi schemes were not illegal there until March 2016.

Since then there have been more MMM Ponzis in different countries, hence the name MMM Global. For example, MMM South Africa, MMM China which collapsed in January 2016 and many other countries.

Will This Ever End?

There was also MMM Republic of Bitcoins which closed in April 2016. And now there is MMMGlobalBTC! The list just seems to go on and on.

Having seen all these scams, how can people still be promoting this program?

Here is a video of Sergei Mavrodi talking about the MMM Global, this is nearly the same as MMM Global BTC. Just the returns are much less!

What is a Ponzi Scheme?

Before looking in further detail at MMM, let’s just take a look at what is a Ponzi scheme and how it works.

A Ponzi scheme is a fraudulent investment program where the operator promises a high rate of return to investors. The returns to investors are paid from acquiring new investors, rather than from genuine business profit.

Most investors don’t look at the way the scheme works what convinces them to invest are the abnormally high returns that are promised.

Once the operator or schemer has convinced a few people to invest, he can siphon off that money for his personal use.

However, to keep the first investors happy the schemer has to find some new investors. From this second lot of investors, the schemer will pay the first group of investors with their first returns and probably siphon off some more money for his personal use.

It’s a question of time before the scheme cannot acquire sufficient new investors and becomes unsustainable. Then everything will collapse and the last investors will lose all their money. Ponzis may also be shut down by regulatory agencies as in the recent case of Traffic Monsoon.

Early investors can actually do very well in a Ponzi scheme. Their testimonials are often used to encourage new investors.

If you enter a Ponzi scheme you do so with the knowledge that your gains may be funded by the losses of others. Not very ethical!

MMM isn’t exactly like a normal Ponzi scheme, the money circulates directly between the members, there is no central bank.

MMM is a community of people providing financial help to each other. The program puts in contact those who need help (money) and those who can provide help (money).

MMM organize transfers of money between anyone who joins the scheme. They claim they are completely legal and it is just a system where unacquainted people transfer money to each other for no reason.

This sounds very much like cash gifting. When carried out without the intention of getting something in return cash gifting is legal, but when you join MMM you are promised returns of at least 210% per month so you are clearly doing this to make money.

You register for free. When you register you must declare to have read their warning. To be fair to MMM this warning says there are no guarantees, investments, no securities and even there are no rules. At the end of the warning, they also state you may lose your money and should only participate with spare money.

This seems quite reasonable but I wonder how many consider this when they see the returns they can obtain, 210% or 240% per month.

After registering you have access to your back office. Where there are 2 large buttons Provide Help or Get Help.

The next step you have to make a commitment. A commitment is a sum of money you are willing to put into the system to provide help. The minimum amount is $50. As soon as your commitment is made you start to earn interest 7% daily for up to 30 days, 210% or 240% per month. You can achieve the extra growth by completing Facebook tasks (8% per day). By uploading a happiness video you will get a bonus of  5% of your commitment amount.

Your commitment is converted into the MMM Global currency the Mavros.

The next step is to provide help. This means you pay another member of the scheme some money which will be equal to the value of your commitment. This is in fact carried out in two distinct operations.

The PH orders must be paid within 48 hours. If you don’t make the payment in time your MMM ID will be blocked.

That’s basically how the system works. MMM claim that members give help to each other. For the word help, you should read money.

one participant asks for help — another one helps

If this latest scheme by MMM global doesn’t get any bad publicity or the press doesn’t issue warnings that it might be a scam, then perhaps this will continue. One small warning in the press or a campaign on social media could have everyone panicking, withdrawing their money and no new investors.

In this case, many people would lose their money.

Another reason not to trust MMM Global BTC is that when the Republic of Bitcoin closed MMM stated that 100% per month was too much for them. Now they are offering up to 240%! This doesn’t really make much sense.

There is also an incentive program to enroll new members. You are paid 10% on all donations your direct referrals make and you earn 1% from their downline’s donations.

I am surprised that people are still ready to invest in the schemes devised by Sergei Mavrodi, a convicted fraudster who has been involved in Ponzi schemes since 1994. Unfortunately, the authorities aren’t able or don’t want to do much about stopping these schemes.

If you invest in a Ponzi scheme, like this, early on you can make money and many people have made money with MMM Global. This is one of the reasons they can keep attracting new investors – positive feedback. On the other side are people who have lost money, 100’s of millions of dollars over the years and possibly much more.

On their site, you will see many positive testimonial videos but remember members are paid 5% of their investment to post these. So don’t believe all these testimonials!

Investing in a scheme that offers returns of up to a 240% per month is a big risk and even MMM itself admits this. That said some Ponzis keep going for years. For example, the Bernie Madoff Ponzi scheme some investigators think started in the 80’s or even the 70’s, which means it operated for maybe nearly 40 years.

So, you may make money for a while, but in the end when there are no new investors or when many people want to take their money out of the system at the same time, the profits will stop and the last people in will lose their money.

If you’re happy investing in a scheme like this then take your chance, you may be lucky and get your money back or even make a profit. But only invest money you can afford to lose.

Before signing up ask yourself if you are happy receiving money that could ruin someone else. Or if you get referrals will you be happy knowing that your actions might cause their bankruptcy. I certainly wouldn’t be happy knowing this and I don’t recommend MMM Global BTC.

It is possible to earn money online in an honest way but it takes time and hard work. This is what makes these Ponzi schemes so attractive. You earn quickly with no work, but at the same time, you risk losing your money.

If you really want to learn how to make money online check out this article. This is where I learned to build this site and create a passive income. It might be a lot of work but is completely legitimate and the rewards can make it worthwhile.

If you’ve been a member MMM Global or MMM Global BTC and made/lost money let me know about your experience. Or if you have any questions please leave them in the comments below.

Are You Fed Up With The Scams and Ponzi Schemes? 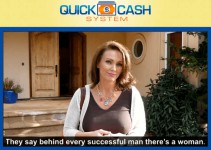 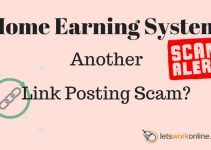