Home
Not Recommended
Zukul Ad Network – Is This Really A RevShare On Steroids?

I saw a video about the Zukal Ad Network (ZAN) and although I am not a fan of these revshare schemes I signed up to take a look.

On their site, I found there was really very little explanation of how to proceed. The information can be found, mainly in the form of videos, but you have to search for it. This seemed a little strange to me but I persisted.

ZAN say they are different from the other rev sharing networks that are multiplying fast at the moment but also disappearing just as quickly. So I thought I would dig a little deeper to see what this advertising platform has to offer.

Who is the owner?

The owner is Jeremy Rush from the UK and he certainly doesn’t hide or use a false identity which makes a pleasant change from many programs I have reviewed lately. Straight away this gives you more confidence in this program.

He does regular hangouts about the program

Jeremy is also the owner of a couple of other programs Guaranteed Sign Ups and Zukul.

Previously, Jeremy was involved in promoting other doubtful programs notably Banners Brokers, which was shut down and the owners arrested.

What is Zukal Ad Network?

Launched in April 2016, ZAN is an advertising and revenue sharing platform. These sort of revenue sharing programs often don’t last very long, frequently only 3 to 6 months because normally they are unsustainable.

One of the better-known exceptions is Traffic Monsoon which has now been going since October 2014. But they are currently facing Securities and Exchange Commission allegations that it orchestrated a $207 million Ponzi scheme using its advertising product.  The SEC say that Traffic Monsoon relied solely on sales of banner ads to repay investors.

Is Zukul Ad Network any different? They do have a few different sources of revenue from selling advertising but the majority still comes from AdPacks. So, in my opinion, this is probably another Ponzi scheme.

Who is this for?

Primarily promoted as having a generous compensation plan, ZAN is for anyone who is ready to invest in the program. You need no previous experience, you just need to be over 18 years old. However, I am very cautious with revenue sharing schemes as they come and go quite regularly.

I think it’s only wise to invest what you can afford to lose or even better don’t invest at all.

Many have been saying up until recently that Traffic Monsoon was a good investment and look where they are now!

Although I would say this is primarily for people who want to invest in the rev sharing part of the program, it is also for advertisers who want to get exposure for their products. The quality of traffic is not the best because most of the people who will see your ads, do so to keep their AdPacks active and have no interest in the products you promote. That being said adverts in the make money online niche and especially revshare programs might attract some interest.

Zukal Ad Network can also be for publishers (website owners) who want to make money by having ads on their site. This is similar to AdSense although the adverts could be for anything and can’t be controlled.

Learn How To Build Your Own Online Business

To get started you create an account, which is free, but then to go any further you have to purchase AdPacks and view 10 ads per day.

You can start with just 1 AdPack at $1, however, the minimum amount you can put into your account is $10. In addition, there is a transaction fee of $1.50 and you have to create an account with Paytoo before purchasing.

Buying an AdPack entitles you to have an advert in the business directory. As a result, you benefit in 2 ways, you may get traffic to your offer, plus you get paid for buying advertisements from the rev-share program.

As usual with these schemes to keep earning with your AdPacks you must keep them active, to do this you must:

Each of the Zukul AdPacks you purchase generates revenue. There are 10 different levels of AdPacks and to go up to the next level you must buy at least 100 AdPacks but no more than 200 on each level except on level 10, where there is just a maximum of 2000.

If you become eligible for a payment 30% goes to a Pending Balance Account where it’s held for another 28 days before you can withdraw the money. There is a maximum withdrawal amount of $300 and a minimum of $1 per day, every Friday this money is transferred to your Paytoo account.

The remaining 70% will be credited to your Repurchase Balance Account. The monies held in the Repurchasing account must be spent on the Zukul Ad Network, either on AdPacks or advertising.

As you can see in the table below there is a recurring monthly charge from level 2 upwards. If you are at level 5 you will pay $3+$5+$7+$10 per month

Where Does the Money You Earn on the AdPacks Come From?

If they have thousands of members with AdPacks can ZAN make enough money from selling advertising space to pay the return on the Adpacks? I don’t think so which means they are dependent on selling AdPacks to keep the system going, just like most other revshare schemes. In my opinion, this looks like another Ponzi scheme.

You can build your downline in 2 ways, either by:

Apparently, you can only do one or the other, not both!

You can have as many referrals as you like but you only get commissions on 3 levels.

With Zukul Ad Network you earn in 3 ways:

Below are some of the images from one of Jeremy’s videos explaining how the commission system and the downlines work.

The image below is you on level 1 with 2 referrals you have purchased or secured yourself. You make $120 when your AdPacks mature and 10% on the AdPacks brought by your referrals. You make a profit of $40.

Although it would be logical to deduct the purchase price of your referrals $50 from the profit if you took this route.

This shows how the amounts can add up, but I wonder in reality how often this scenario happens. Another point worth thinking about is that just 30% of this amount can be added to your Pending  Balance Account to be withdrawn. The rest has to be reinvested in the Zukul Ad Network.

This could be great if ZAN keeps going for a few years, but they are still mostly reliant on people buying AdPacks. What will happen when there are no more new members?

Zukal Adshare Network has a few different ways of getting support. They have a telephone number which is available Monday to Friday from 9.00 – 17.00 UK time. There is also an email contact form.  You may have to wait a little for a reply, they say they attend to messages within 2 days.

Then there are the Facebook groups Zukul Ad Network Group and the One Link Family Public Group which are probably the best solution if you need a quick answer to a question.

I don’t think ZAN is a scam and if they can get revenue from other sources perhaps they can create a rev share platform that’s a little more stable than many of the others that are popping up quite regularly.

I like the implication of the owner, Jeremy Rush, but even so, you should be very careful when investing in these revshare programs.

My advice would be to only invest money you can afford to lose and to withdraw that as soon as possible. Then continue to buy AdPacks with your profits. ZAN may be slightly better than some of the other revshare schemes but time will tell.

There is a lot of hype about this scheme with lot’s of people saying it’s working well and they’re making money. This might be true but don’t forget they are trying to recruit referrals who will then buy more Adpacks to keep the system going. I wonder how long they will be able to pay these generous returns on the AdPacks. I struggle to imagine that it’s sustainable.

Ultimately, you must ask, if there are no new investors would there be any profit to share. I don’t think there would be. The day it becomes difficult to recruit new investors or when many people decide to withdraw their money at the same time, the system will start to fall apart.

Myself, I prefer to invest my time, effort and a little money building a real online business that will pay me in the future, rather than invest in AdPacks that might make me some money and might even be part of a Ponzi scheme.

If you have tried a revshare program or Zukul Ad Network let me know about your experience. 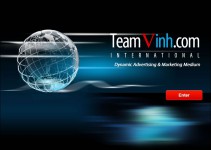 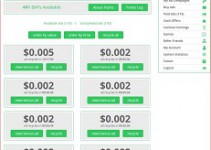 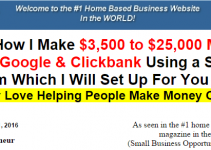