So you want to make money online, but you don’t know where to start? The affiliate marketing industry is an extremely alluring option for you to consider entering.

The industry is based on the fact that advertisers need sales for their products or services. Thankfully, they are ready and willing to pay commissions for sales coming into their company.

By offering affiliate programs, these advertisers have the opportunity to cast a wider net for gathering their sales, without any of the risks. Instead, the affiliates take on the risks of sourcing traffic and aim for driving new sales to earn hefty commissions.

While there are thousands of people who have given their best efforts, not everyone can claim to have found affiliate marketing success. Here are 12 people who can make that claim with fortune and fame to prove it!

A college graduate with a degree in architecture, Pat Flynn describes himself as someone in the midst of his “Plan B” career path. When the economy tanked in 2008, he found himself searching for new options of income.

In his first six years as an affiliate marketer, he made three million dollars. Today, he owns and operates a very credible education source (among other projects), for all those interested in learning how to do what he does for a living

Pat is the typical average person who stumbled upon a great opportunity and then made it something extraordinary. His success is something to study and emulate!

A mother who turned to the internet to help her son in desperate times. Rae Hoffman recently retired from a 20-year run in affiliate marketing. She proves this industry can come to the aid of someone who is willing to learn the ropes.

In her 20 years, Rae’s voice could be heard at some of the largest and most prestigious industry shows and conventions. She remains one of the most respected authorities on Search Engine Optimization and affiliate marketing success.

Rae is a great example of starting from the bottom and reaching the top of the heap.

Take blogging and make it your meal ticket, just like John Chow. Within two years of starting his very own blog, he was earning over $40,000 per month!

Since creating awesome affiliate marketing success for himself, John has produced two books, detailing out his best-kept secrets on how to follow in his footsteps.

Even while creating this article, he dominated the first page of search results with his own website, further proving his methods are effective. If you’d like to get further insight into his success, watch his television interview and soak up every second!

It would be hard to meet an affiliate marketer who hasn’t heard of Charles Ngo. He is the best example of earning massive profits and then using his success as an example to have others work toward.

Charles got started in 2008 and had very little to show for his first forays into digital marketing. Fast forward a decade and his blog is visited by over 75,000 readers each month, all trying to learn from him.

Affiliate Summit is one of the most widely recognized names in the entire performance marketing industry. In 2003, Missy Ward became a co-founder of the company and remains the Co-CEO of the company today.

While there’s no denying this is a pretty impressive claim to fame, it’s not her only one. She’s been hard at work with side-hustles and sub-brands, even alongside her CEO responsibilities, constantly pushing new ideas and philanthropic goals.

Further still, Missy has produced three different books to help shed some of her light on aspiring internet marketers.

These guys happen to be my personal favorite of all these success stories. Founded by Kyle and Carson in 2005, Wealthy Affiliate seeks to bring affiliate marketing success to all who are willing to listen.

According to their website, these guys are making more than 750 updates to their training materials each year. For those who are doing the math, that is better than 3 updates made during each business day in each passing year. You can feel confident the team is keeping the education up to speed in an ever-changing industry.

“There is no reason to ever stop learning. The skills you learn today could pay off forever in the future.” – Jay, Training Chief, WA

You may also like: Adventure Around the World With Travel Affiliate Programs

That one guy who posed with a picture of a check worth $132,994.37 from Google Adsense? That guy is Jeremy Schoemaker, and that’s not the largest check he ever received from Adsense, either.

While Google Adsense is now a thing of the past, it was just one of his many income streams. Jeremy is more than 20 years deep into being an affiliate marketer. He now spends more of his time working to educate the next crop of internet entrepreneurs as they seek out their own form of affiliate marketing success.

Here’s someone who always knew he would be a salesman. Right from when he was a child selling sodas to his classmates for a 200% profit margin. Today, Zac Johnson is the CEO and President of MoneyReign, Inc., which he founded in 2000 when he was still a teenager.

There’s not much Zac hasn’t seen or done during his time in affiliate marketing, with his success earning him the chance to be a keynote speaker for many of the industries biggest events.

His focus now is on transparency, sharing his knowledge with his followers by virtue of his personal blog and social channels.

If you’ve read through these various affiliate marketing success stories and don’t believe you can do the same, look at Finch. This guy is a high school dropout and has managed to secure a very stable income for himself using this industry.

He runs a very entertaining personal blog which allows the reader plenty of direct insight into Finch’s daily business. Be warned, language can be graphic at times, but his success story and the lessons inside it are worth the read!

Founder and CEO of Codewise, Rob Grynn has built one of the most successful tech empires in the world. What you wouldn’t guess from his current standing is that he started out as an affiliate marketer.

Rob spent his early years in affiliate marketing chasing down one deal after another until he stumbled upon a few very select options that started netting big returns. Eventually, these programs piled up and his success demanded better technology to track his daily media-buying actions.

From this need, Codewise was born and they have developed three different products to serve media buyers all over the world. Rob’s climb from newbie affiliate marketer to the head of a 200 million dollar company is motivation for everyone!

You might know Brian Kelly better if you decide to look him up by the alias which turned his life around – “The Points Guy”. This guy decided to look at the points programs offered by credit card companies like another form of currency and then created a website to offer all these programs to his visitors.

Brian changed his life by becoming “The Points Guy”. And then Bankrate.com changed his life again when they bought the business from him for an undisclosed sum. Today he talks about how side hustles become main jobs.

Most importantly, Brian’s affiliate marketing success came from the simple concept of gathering many different rewards programs and then offering them to his audience for a commission. We should all learn from this!

Ever sought out information from Trip Advisor or chosen to make plans through their available selections? They have affiliate partnerships with some of the leading travel companies. That’s good for you and better for them, as they make a commission off of your purchases.

Here is a prime example of a website that has no one’s name on it, but offers visitors a very “white-hat” experience. The affiliate marketing success of a website like Trip Advisor just proves how big you can aim to go with your goals.

For reference, the geniuses behind this website have achieved what few others can boast. Their Alexa Rank stands at 258 for worldwide traffic and 83 for US-based traffic. Similarweb.com estimates they receive 184 million visitors per month.

These are tremendous numbers! You’ll have a very difficult time finding many other affiliate websites that are ranked any higher!

Find Your Own Affiliate Marketing Success

There is no secret sauce to the success of all these examples listed above. They decided to investigate an opportunity for connecting products and services with an ideal audience.

There is plenty of money waiting to be earned in affiliate marketing. The industry saw an excess of 5 billion dollars being spent on it in 2017!

Affiliate marketing success takes time! The sites and marketers mentioned in this post put in hard work and lots of time to get where they are today.

If you’re ready to get started in this business, I am ready to help you get there. In case you have further questions about the industry or my own journey within it please leave a comment below.

There’s never been a better time to get involved in a continuously growing industry, so quit waiting. Follow the examples above, invest in yourself and your future, and start in affiliate marketing today! 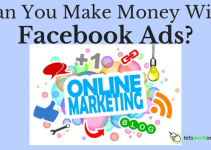 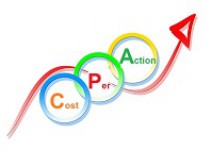